June Zone 5 and 6 with Mark Zona

Lew’s and Strike King pro angler Mark Zona uncovers the secret to targeting smallmouth and largemouth bass in Zones 5 & 6 during the month of June.

Bass are in all three stages of (the) spawn during the month of June, so most fish can be found in 0-8 feet of water as they hunt for cover. “My #1 focus here is choosing baits that allow me to cover as much water as possible. Once the fish show themselves or I've locked into an area that I know is holding large groups of fish, I'll dial in the bite with more finesse techniques,” shares Zona. Zona recommends the 5-inch Caffeine Shad, Sexy Dawg/Sexy Dawg Jr., and KVD Splash not only for covering water, but also for triggering aggressive strikes from fry guarding bass as well. When fishing in locations where Zona knows the fish are congregated, he keeps Supa Fry, Fat Baby Finesse, and KVD Half Shell on deck.

“In the world we live in today with electronics serving as an essential tool to locating bass, this time of year in Zones 5 & 6 is unique as it's one of the few times where your eyeballs will be your #1 fish finder,” Zona advises. To make fish show themselves and to generate huge bites, Zona throws the Caffeine Shad because of its density which allows for long casts.

Zona encourages anglers to keep a Strike King KVD Supa Fry on hand during June. "I think the Supa Fry might be the single most overlooked bait in the Strike King lineup,” says Zona. The size of the KVD Supa Fry and its fall rate trigger a lot of bites during this time of year in Zones 5 & 6.

One last tip from Zona – grab a KVD Drop Shot Half Shell. “As a 6th 'bonus bait,’ I'll flat out tell you – the KVD Half Shell in the Siren color on a drop shot is an absolutely killer smallmouth bait this time of year. Regardless of water clarity, I absolutely love throwing this in June,” concludes Zona. 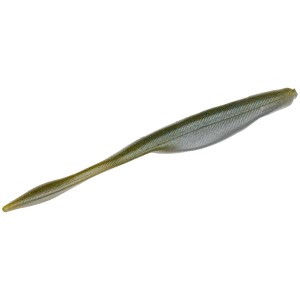 Zona fishes his Caffeine Shad weightless, rigged on a 4/0 wide gap hook. This weightless presentation allows the Caffeine Shad to pause near the surface and fall slowly when he stops his retrieve, mimicking an injured baitfish.

If the water is clear, Zona prefers the KVD Magic. In stained and muddy water, he switches to the Siren.

He fishes the Caffeine Shad rig on 8 lb fluorocarbon line.

Zona’s choice for clear water is the Clearwater Minnow Sexy Dawg, while he opts for The Shizzle if the water is stained. 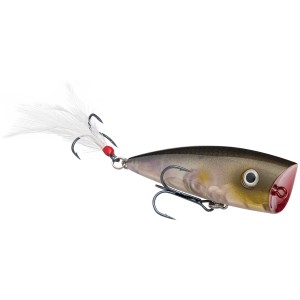 This is Zona‘s top choice when there is a hard, dark bottom with reeds or roots – anything fish can spawn around.

He opts for the Clearwater Minnow KVD Splash in clear water, and switches to The Shizzle if the water is stained.

He spools the combo with 10 lb monofilament line. 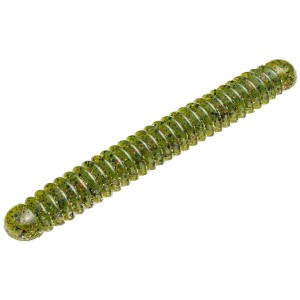 Zona fishes the KVD Supa Fry with an extra wide gap hook to improve the hook-up ratio when setting the hook. He pegs a 1/32-ounce slip sinker to the worm.

If the water is clear, he will throw a Watermelon Red, while more stained water calls for a Green Pumpkin. 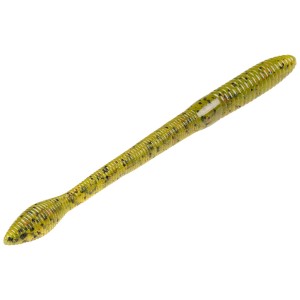 When Zona needs a finesse approach to target lethargic, finicky bass, he will put a small 1/32-ounce weight on a Strike King Fat Baby Finesse worm to slowly work around cover to entice fish.

He opts for Watermelon Red in clear water. If the water is stained, Zona will throw the Green Pumpkin, while he will switch to a Double Header Red if the water is muddy.