May Zone 1 with Shaw Grigsby

Grigsby often uses the Sexy Dawg along grass edges and in more open water to avoid getting hung up.

If the water is clear, Grigsby prefers the Bluegill. In stained water, he switches to the Bone color. For muddy water, Grigsby will favor a Black Lab.

He fishes the Sexy Dawg rig on 40 lb braided line with a 17-20 lb monofilament leader.

Most often used by Grigsby in matted grass, the Sexy Frog is great in thick vegetation.

Grigsby’s choice for clear water is the Black or Pearl White, and he opts for the same if the water is stained.

He switches to a Team Lew's Custom Pro 7’3” medium heavy rod and pairs it with a Lew's Custom SLP 7.5:1 baitcast reel. 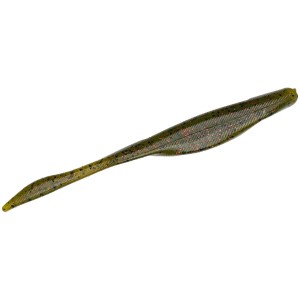 The Caffeine Shad is Grigsby’s top choice when fish are in cover, such as wood and shallow grasses.

He opts for the Watermelon Red in clear water, and switches to the KVD Magic if the water is stained.

He spools the combo with 12 lb fluorocarbon line. 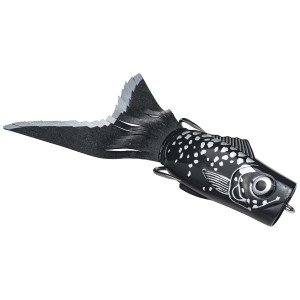 If the water is clear, he will throw Black or White Shadow, while more stained water calls for a Bottoms Up. 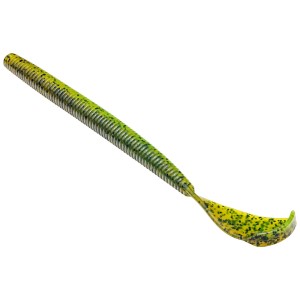 Shaw prefers to Texas rig the Rage Cut-R Worm with a 1/8 oz weight to swim the worm along the edges of cover. If he is pitching into heavy cover, he will often switch to a 1/4 oz weight to allow the Cut-R Worm to penetrate the cover a little more.

He opts for Hard Candy in clear water. If the water is stained, he will throw the Green Pumpkin, while he will switch to a Black Blue Flake if the water is muddy.

He spools this with 15-20 lb fluorocarbon line.