Strike King pro James Niggemeyer gives insight on the changes to expect in September as the “fall turnover” begins in Zone 2.

While the water temperature doesn’t change much from August to September, Niggemeyer shares that there are other changes that anglers need to keep an eye out for. “This can be the month when the fall ‘turnover’ happens, which is where the heavier, cooler water sinks to the bottom and the warmer bottom water rises to the top,” shares Niggemeyer. “This can play with oxygen levels in the water, making September a challenging time of year in the South, and bringing more consistent action in the shallows,” he continued.

Which shallows are best during September? Niggemeyer suggests “vegetation, wood cover, and docks in shallow water in the back half of creeks arms or major tributaries with the presence of threadfin or gizzard shad is where I would focus my efforts.”

“I would expect to find some schooling type behavior as bass anticipate the annual fall migration of baitfish,” Niggemeyer offers. While the shallows are suggested, Niggemeyer says that “deeper fish are still available but increasingly inconsistent as a general rule.” 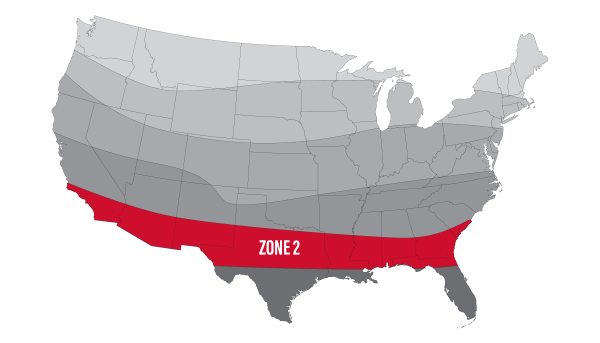 If the water is clear, Niggemeyer prefers the Clear Sexy Shad. In stained water, he switches to the Oyster Sexy Dawg.

Niggemeyer’s choice for clear water is the Green Glimmer, while he opts for White/Silver if the water is stained. In muddy water, Niggemeyer picks up a Chartreuse/White Tour Grade Spinnerbait.

He opts for the Chrome Sexy Shad Red Eyed Shad in clear water, and switches to a Sexy Shad if the water is stained.

If the water is clear, he will throw a Blue Glimmer, while more stained water calls for a White Thunder Cricket. In muddy water, Niggemeyer picks up a Chartreuse White.

He opts for Candy Craw Rage Bug in clear water. If the water is stained, he will throw the Bama Bug, while he will switch to Okeechobee Craw if the water is muddy.