It's All The Rage

Select a zone to learn which Strike King baits you should have tied on this month!

The Bait Selector is designed to serve as a guide for choosing which baits and techniques to rely on based on the time of year, conditions and spawning stages.

Ebare expects for the water temperatures to be in the 55- to 65-degree range this month. “This tends to be the coldest month of the year in the South,” says Ebare.

Strike King pro Greg Hackney expects anglers to experience clear to stained water in Zone 1 with water temperatures in the ‘50s during the month of February. 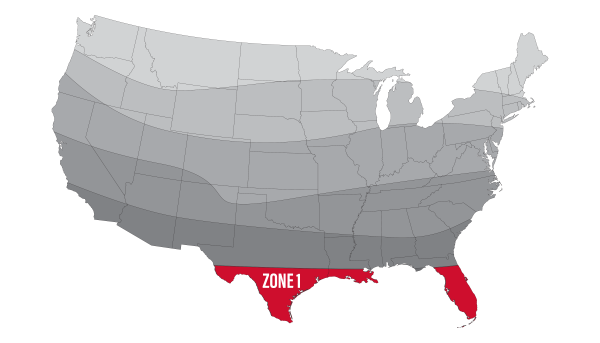 Strike King pro Keith Combs shares the best places to find bass in Zone 2 during the month of February.

Bass patterns are changing at about this time, Combs expresses. “Bass are in early spawn patterns. Expect stained water in the high 50s,” states Combs. Keep an eye out for vegetation as well, Combs advises. “Bass are looking for warm, protected areas with grass,” Combs says.

“Water temperatures should be in the lower 50s,” says Faircloth. February is one of the best months to fish in Zone 2, shares Faircloth. “The fish will be prespawn and this is probably the best month of the year to catch a giant in Zone 2. Most of the lakes in Zone 2 will have hydrilla, milfoil, or coontail grass in them and this is where I prefer to fish,” Faircloth explains.

“Clear water between 45- to 55-degrees should be expected in Zone 3 during this time of the year,” shares Davis. “Look for bass at main lake points, humps, creek channels, and swing banks,” advises Davis.

Strike King pro Greg Bohannan recommends the best geographical locations to find bass during the month of February in Zone 4.

Water temperatures are usually in the 40- to 45-degree range in Zone 4 during this time of year, shares Bohannan. “February is when ‘transition’ banks start to play a major role,” he says. “Banks that change from bluffs to chunk rock, and chunk rock to smaller pea gravel style banks will be a great place to start to your search,” Bohannan recommends. “Vertical standing timber in creeks will also play a major role, as will main lake steep banks adjacent to major creeks,” adds Bohannan.

Even with colder temperatures in Zone 4, there are still some great opportunities to catch bass in February. “Water temperatures on average will still be cold, however this is the time of year that if you do get a couple days that are calm and sunny, the bass will get active,” shares Rose. 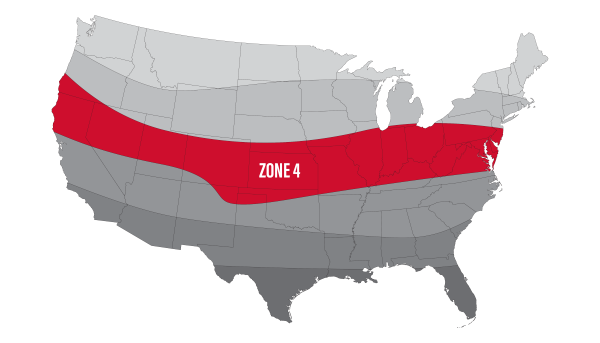 THE BEST BAIT, THE BEST ANGLERS

Learn about the Pros

MLF BPT Angler
Kevin VanDam
Over the last 30+ years, Kevin VanDam’s name has become synonymous with the sport of competitive bass fishing. VanDam’s sheer dominance on the water in the modern era of professional bass fishing is unparalleled. He has set a bar with a rod and reel that few others in history will ever come close to reaching.

MLF TW Pro Circuit
Cole Floyd
Cole Floyd has been fishing since he was a child.  His father was an avid tournament fisherman and introduced Cole and his 2 brothers to bass fishing and the outdoors at a young age. Growing up Cole fished tournaments with his dad and brothers in southern Ohio and spent his summers chasing largemouth on Lake Guntersville and Kentucky Lake.

B.A.S.S. Opens
Andrew Upshaw
Upshaw began his FLW career in 2003 but didn’t see much success until 2009 when he began fishing the FLW college tournaments. Quite possibly his biggest accomplishment of his career yet came in 2011, when Upshaw and his partner Ryan Watkins won the Texas Regional tournament on Somerville Lake.

Strike King strikes again! There are other options, but I know I can trust Strike King when it matters most.